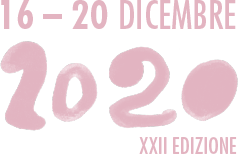 A TASTE OF CAMBIUM

In 2019, from 13th to 21st November, Masaki Iwana, one of the leading figures in Butoh dance, was in Milan to take part in Danae Festival with an outstanding performance and an intensive workshop where he shared his precious knowledge.
Unfortunately, on 11th November 2020 Masaki Iwana passed away, and when a great artist, a master, dies, the whole world is in mourning.

We are touched by the memory of the days spent with him, a privilege we are grateful for.
Watching him dance is an unforgettable experience, one ascends into Heaven and falls into Hell within few seconds. Between light and shadow, mystery and unveiling, his total body can incarnate any age, can convey the ambiguity of human beings by transcending the boundaries between feminine and masculine, in continuous and surprising metamorphoses.

We want to pay homage to him in this unprecedented version of Danae Festival’s 22nd Edition by publishing online the full video recording of the performance he gave a year ago. In loving memory of his beautiful face and his intense eyes, we quote the lines at the end of his performance, that he wanted to say in Italian:
“Non esiste uno stile di vita identico!
Io sono rock and roll
ma tu chi sei?”
[Masaki Iwana]
(“There is no such thing as an identical life style!
I am rock and roll
but who are you?”)

Masaki Iwana’s participation in Danae Festival was made possible thanks to the precious work by Cristina Negro.
The video, recorded on 20th November 2019 at Fondazione Mudima, was made by Filippo Michelangelo Ceredi.

Masaki Iwana (Japan, 1945 – France 2020) was one of the most highly regarded butoh dancers of Japan. He created and played more than 500 performances that gave him worldwide recognition (Tokyo, New York, Paris, London, Rome, Athens, etc.).
In 2008, he also made his first feature film, Vermilion Souls, followed by Famille d’été (2010) and La Princesse Trahison.
He was one of the few dancers to stick to the original spirit of this dance form, preserving its strength, its subversive purity, and thus perpetuating its profound soul.
Masaki Iwana aims to the essence, with no concessions to the eyes: he makes us leave our role of viewers-consumers and leads us to a place beyond representation, to his inner landscape.